#25 Being proactive for the sake of Health 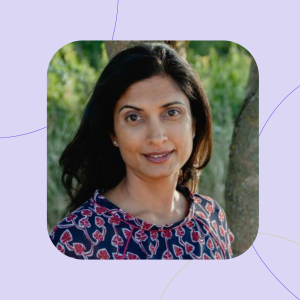 A case of applying the Immunity to Change for a team

Have you ever planned to do something the next day and then you wake up feeling exhausted with no energy to follow your planned work?

Last week I had the opportunity to support a team that wanted to be proactive for the sake of health! That was the objective of the team. My colleague Xavier Weibel and I used the Immunity to change process to accompany this team.

What is immunity to change?

Lisa Lahey says on episode #12 if we don’t see our immunity, we will continue to be stuck. An immunity is when there’s a part of us that wants to move in one direction, towards an important goal and at the exact same time, there is a part of us that is unconsciously driven to actually accomplish a goal that is in tension with the very important goal we want to accomplish.

What was happening to this team that was working in a reactive way?

This was an IT services teams, that had to respond to critical events and that was their primary objective apart from taking care of the future technology.

They were like a hamster on a wheel, continuously chasing backlog of items, rushing because critical incidents were falling on their plate, they were constantly trying to solve problems and their agendas were running full. In short, they were playing a catch-up game.

Being action focused and solving problems is great, and yet too much of it takes away our mental health.

What is Mental Health? In episode #14, James Routledge defines mental health as your state; not just well-being, your state of emotions, feeling, thoughts, identity and that’s kind of all wrapped up in mental health.

When we work in a very reactive way, we:

And that’s a sign of burnout. Monique Valcour on episode #19 says:

Exhaustion: feeling that you just don’t have any more to give and drained.

Cynicism: a loss of meaning that shows up as a negative attitude towards work, the workplace and the people you are working with.

So, burnout is not an on off state. There is a lot of grey zone before you actually hit burnout. In the grey zone lies cynicism and exhaustion. We keep moving in and out of that grey zone, which is close to burnout. This team was not clearly in burnout.

Their resilience was consuming their zest and the force for life. And that was taking away all their creativity.

What was their goal?

Their goal was to be proactive and bring Health to the forefront of business!

3 Raisons to bring Health to the forefront of business.

You are simply less irritated, less cynical, less negative and one has time to engage in a meaningful dialogue.

What hindered this team from focusing on health?

One of the main hindering factors for high achievers is that they like to get things done, which is a good thing and at the same time it’s this very thing of being too action focused, and constantly solving problems that was coming in the way.

They don’t see the benefit of stepping back and looking at what’s going on, looking at the bigger picture of how they’re playing the game.

What is the TIP if you work with a team like this?

The problem is the people surrounding around these kinds of teams are also impacted because they are solicited in the last minute.

You need compassion when interacting with such a team.

Compassion allows you to to not judge, not criticize, not point fingers at the team. Because criticism is the last thing this team needs.

Compassion allows to not collapse into the reactive energy of the team. It’s so easy to start working like them when you receive things in the last minute.

Compassion allows you to take distance and act in a more responsible way. Because you risk reproducing what they’re going through and that will take away your mental health.