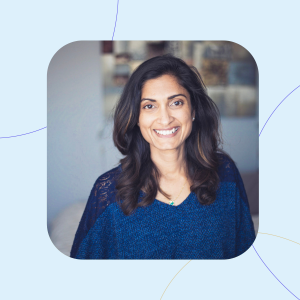 In this final segment of a three-part series, I talk about the 7th and 8th reasons why change is hard for organisations. I share real-life examples from organisations who face these problems and provide advice to overcome these obstacles.

The 7th reason why change is hard:

Let’s say you make a suggestion and people say “that’s too risky,” “we don’t have the resources to do that,” or “That’s completely unrealistic.” “Have you thought about the consequences?” You would probably react thinking “not again… Why do I have to deal with this?”

I spoke to a manager a few weeks back, lets call him “Tom.” He said that his company had a very inspiring and great product that’s losing money in the market every year. Every time he proposed a new idea, the team just talks about how the idea will not work.

“If you apply the same recipe, you’re going to get the same results. If you want a new result, you need to apply a new recipe.”

The first thing to do is to learn how to have conversations that focus on the same aspect rather than having a tangential dialogue. Barry Johnson talks about this aspect in his book Polarity Management. And before we apply the concepts of Barry Johnson we need to shift the mindset to keep a soft focus on the results.

TIP: Keep a soft focus on results. Tom was focused on moving forward and achieving goals. Having a conversation about the negative aspects of his idea was completely draining for him. He avoided exploring this, and this caused him to also avoid the positive aspects of the current recipe.

“When you get too narrowly focused on the results, you fail to see what’s in the periphery.When you have a soft focus on the goal, you start to see people as people and you start to build from WHAT IS present rather than from how people SHOULD BE.”

The 8th reason why change is hard:

People are doing a 2nd job at work

A second job is when people are covering up their mistakes, covering up their weaknesses, and spending a lot of time and energy managing how other people see them. They may do presentations just to make an impression on other people, show only their good side, or filter information flow so that they have control over the situation.

Very clearly, we can see that employees are paid to do a second job. People who do the second job do not evolve because when you don’t look at your mistakes, you don’t grow.

“When we allow people to have a 2nd job, we somehow create a culture that is working around in circles, spending a whole lot of time and money not meeting goals.”

There are certain industries where, of course, we can’t afford failure such as when it comes to safety and the lives of people. Let’s say we’re not looking at those black-and-white cases; there are many grey areas where safety is not an issue.

Lets talk about Digital Transformation where Agile principles are used so that, we can :

☞Learn from failure soon to reduce time to customer

A senior manager in that organisation mentioned to me, “I have no idea how a small failure will affect my career. I’m not willing to jump off the cliff”.

Are organisations creating career/job for people to be more agile?

“We need to take care of people in the organization if we want them to take risks, fail, and reap the benefits of early failure.”

Two tips so that people don’t spend too much time and energy doing a second job are:

PrevPrevious#17 Part 2 – Why Change is hard?
Next#19 Preventing burnout and Reengaging with Monique ValcourNext
Podcasts List