#32 Promise of Agile with Paige Sellers 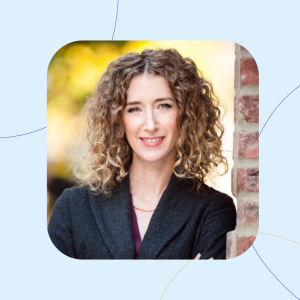 Paige Sellers is talks about the promise of Agile Leadership. She has worked in the industry for about twenty years and is an Agile and Leadership coach. Paige explains what agile means, barriers that get in the way of becoming agile, and how we can be more agile in our organizations.

There is a lot of promise of what agile brings to us, What your view on this?

[0:49] Paige says – What people want when they bring agile into an organisation is faster and cheaper. This means they want everyone to work faster and cheaper, along with their products and services being this way. They look at it as a way of being more efficient.

One of the promises of Agile is that you will eliminate waste. Organizations also believe that everyone will be happier doing it the agile way. That can happen, but what Paige sees happening is that they bring it in and focus so much on the process that they lose touch of the original intention.

“The leadership in an organization wants all of the people below them to change; they don’t want to do it themselves and they don’t think they need to.”

What gets in the way of transforming into agile?

[2:32] Paige sees leaders that fail to have a compelling vision. She sees leaders who get where they are because they’re really good at what they do. Either super delegate and don’t want to know what’s going on or they want to keep control of everything because of their attitude that they can do it better than anyone else. These leaders don’t let go and don’t allow people below them to make decisions.

So, decisions are not pushed down, and this is a primary concept of Agile that the people who do the work make decisions.

Can you link transparency with a principle of Agile?

[5:21] Part of what’s happening in agile is instead of asking the customer what they want and going away to build it, they constantly are given small pieces and asked if it looks good. There’s an iterative effect.

Big changes happen in incremental shifts, and this process also exposes errors across different levels and departments. People who don’t normally talk to each other now do, and that requires growth from everyone. A classic example is engineers who are traditionally given a written document to go away and work on, then deliver code.

“The person who’s doing the work is closer to who’s asking for the work, and therefore there will be a better understanding of what’s needed.

Agile exposes problems and pushes you to be more transparent. Aren’t these scary things?

As we avoid holding these direct links between developers and customers, we bring in a multi-layered hierarchical organisation as opposed to something flatter.

It allows you to see the patterns of behavior in your organization. We can see where there’s a lack of communication and which people take too much or too little responsibility. It helps us identify how to grow people in a way that they know they won’t be chastised for taking a risk and failing.

“I see a lot of talk about ‘Yes, we embrace failure,’ but then the actions don’t match.”

That’s why Agile coaching needs to be done all the way up and down in an organisation, so we can help all levels see failure differently and create an organisation that is having a specific learning track.

What is the mindset shift that’s needed for agile?

[14:03] Look at what behaviour and patterns you want to change in your organisation and then ask yourself, “What am I doing to change how I engage to model that behaviour?” Be honest about it.

When you work with teams as an agile coach, what are main blockers you have seen?

[15:06] Paige thinks that it is key to accept a shared sense of responsibility in organizations. The reason she thinks it’s challenging is because we are so compensated as individuals. There is a fear of being judged, and that can come out in behaviors such as not saying exactly how complex a task is. With the way things are set up in agile, everyone knows what’s going on.

It’s not a negative that problems are exposed through agile, because this way they can be corrected. It also reveals positive things that can be capitalized on. Full transparency is very scary to people.

Does worrying about how you look as an individual get in the way of becoming agile?

[19:46] It can get in the way and at the same time, individual creativity and people excelling definitely should not be squashed. Everyone shouldn’t become the same. If the top of the organisation is not behaving in a growth mindset, the rest of the organization will mimic their managers.

“People need to give themselves permission to push up against their own barriers.”