#15 Role of Dialogue in Change with Paul Lawrence 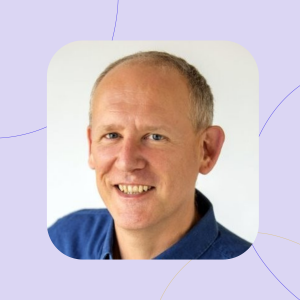 Dr Paul Lawrence author of the book coaching in three dimension talks about the importance of dialogue in making change happen in organisations. He is an expert on coaching and making change in organizations

In a debate people toss opinions at each other. Skilled conversations are more difficult to differentiate from dialogue and that’s what we do most of the time. Two people come to a conversation very respectfully and respecting each other’s non-negotiables and the conversation might be really productive and useful. A full dialogue on the other hand very concise is defined by William Isaac as shared inquiry. It’s a way of thinking and reflecting together.

What are the challenges to engage in a dialogue?

[3:46] Dialogue requires effort because we are programmed to make assumptions.

Few Mental Models of leadership that come in the way:

What is the role of Dialogue in Change?

[6:00] People don’t like to do what they are told to do. They like to make meaning by talking to other people. So if you give someone an instruction, they may or may not verbally agree to comply, but you can be absolutely sure that they will talk to someone that they trust to make meaning of what you just said and from that conversation emerges a new intention and it may or may not be what you as an authority figure intended. That is just how change happens and it’s very frustrating.

So, authority figures who believe in the sanctity of positional power express frustration by blaming other people using phrases like resistance to change. Actually, to get things done requires an understanding of how change happens, and how change emerges from dialogue.

To make change happen, dialogue is needed and what comes in the way is, the way positional power comes into form.

Sometimes you have to go slowly to go quickly

Can you give a concrete example of what dialogue would look like in a change process between people?

[09:35] Facilipilation is an example of how dialogue does not happen. i.e. when the leaders have a predetermined direction and facilitate in the name of collaboration, workshops, that is actually manipulation. It’s never deliberate, but it’s that piece that says, if I’m the leader, so what extent am I really clear in my mind about what is open for invention and what is not.

So, dialogue is about listening and seeking to really understand the other person and what it is they’re saying and it’s that feeling free to say that thing that needs to be said because I know when I say others are going to listen to me. You know, if we’re in a space where we don’t feel we’re going to be listened to, most of us don’t bother saying anything.

Why is Dialogue so important?

[14:13] The more complex the organization the more important is the role of dialogue.

It’s a fallacy nowadays that as the leader of an organization, I know everything that’s happening in my organization and the traditional strategy has been to rely on data.

Data won’t tell you everything you need to know about the experience of people in customer services to product division.

What is one advice you’d like to give leaders to support change through dialogue?

The fundamental driver of dialogue is curiosity.

Paul Laurence would love to connect and share loads of readings material, references and stories for those interested, so do connect!